Jan Müller-Wieland’s dictum, quoted from the CD booklet, states that he was influenced by, “the superior economy, the grand calm and elegance, but also the brilliant technique and the fabulous intonation,” of the accomplished violinist/violist. Such unadulterated praise could also apply to this extraordinarily
enthralling production.
– Stefan Drees on the CD ‚Libero, fragile’ (Genuin 17456) in ,Das Orchester‘, 9/2017 –>

[…] It is astonishing, the way Kufferath pivots between free and fragile, from heavenly chirping tenderness to bearing the earth’s burdens, how many colors and even more nuance her playing expresses. […]
CD ‘Libero, fragile’ GENUIN 17456 Review by Manuel Brug klassiker.welt.de –> 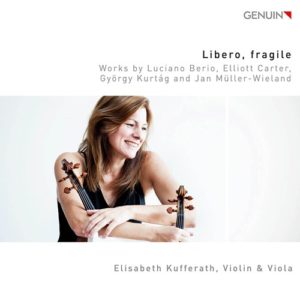 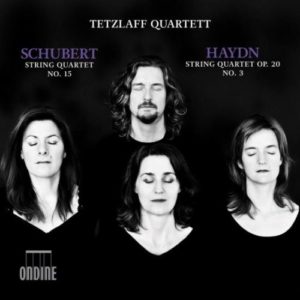